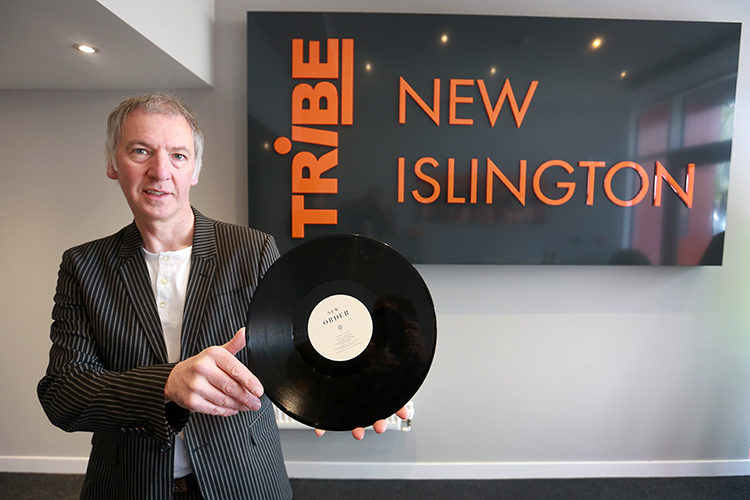 Radio presenter and Inspiral Carpets member, Clint Boon, launched Tribe this weekend with a fanfare. Interest in the family of three apartment blocks in New Islington, Ancoats and East Quarter has proved to be high and nearly 85 percent of flats have already been let in New Islington and 45 per cent in East Quarter.

All 192 apartments are owned by a single landlord and managed in partnership with Plumlife. A launch weekend which including guided viewings and a champagne reception was led by the Plumlife management team which included Caroline Millington, Agatha Lawton-Cooper, Susan Griffiths, Louise Clarke, Benjamin Webber, Bilal Ashraf, Tejal Patel, Oliver Walker and Rachael Richards from Communications.

The 12 storey blocks have been decorated to reflect Manchester’s musical heritage and have undergone a total transformation after standing empty for over 15 years. Tribe adds to the continued regeneration of New Islington, following significant public and private investment in the area and development of new homes, a health centre, a Free School and New Islington Marina.

This website uses cookies to improve your experience. We'll assume you're ok with this, but you can opt-out if you wish.Accept